The epic of kings 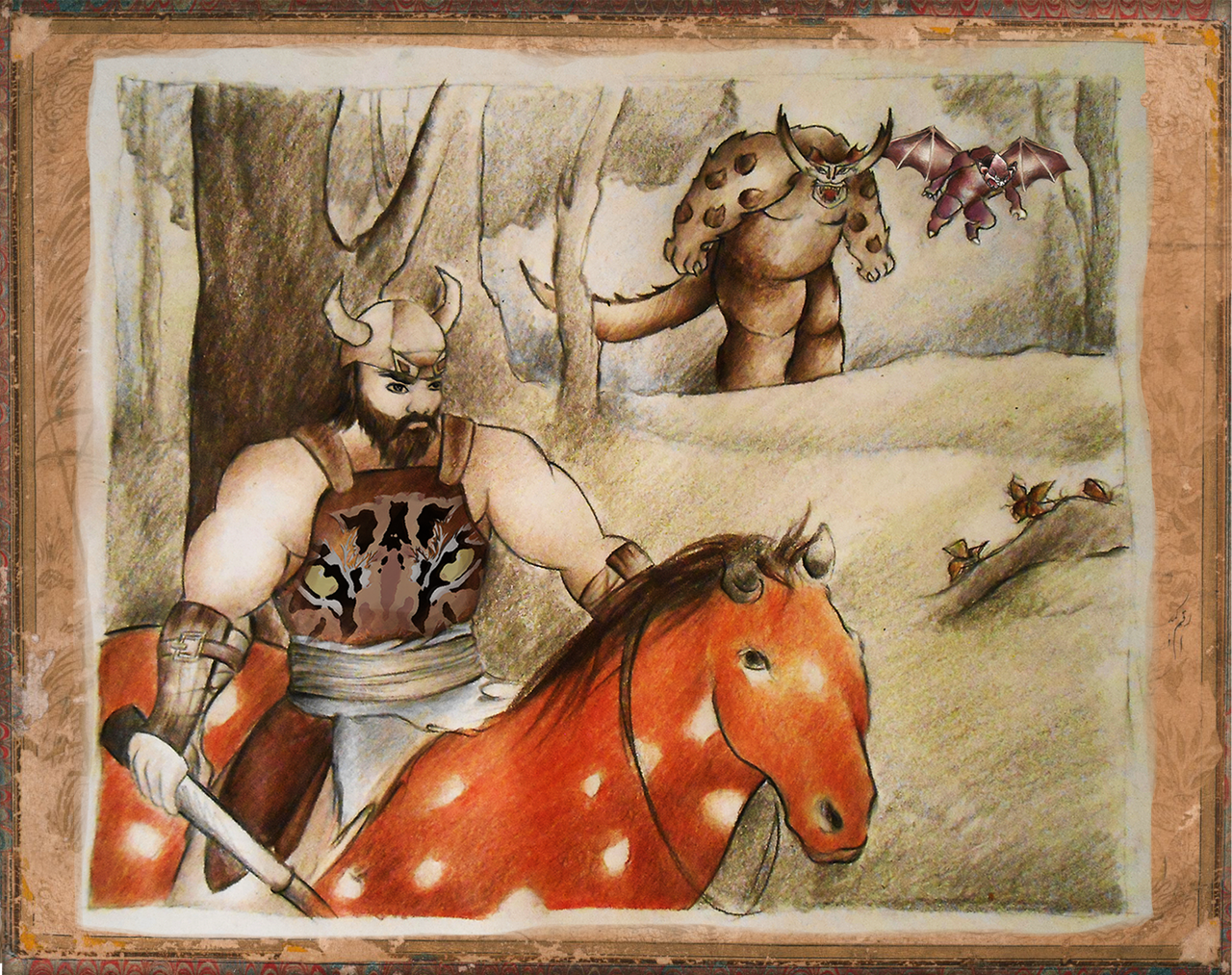 The epic of kings

A new IP build based on Persia’s national epic and the most famous story in Persian mythology since the beginning of its 33 years lasting creation in 1010 A.D. ‘The epic of kings’ game follows the epic journey of Rostam, a mighty hero, through Persia’s most dangerous lands. Slaying demons, dragons and witches, and overcoming many obstacles to save his king and the Persian army. Comparable to epic stories of Greek mythology and yet with its distinctive dramatic elements. A great take on the act of heroism with a rich in-depth story. The player will take the role of the mighty hero Rostam and face epic battles. Offering a rich combat system with unique quick time event mechanics and a rage mode in which the player can interact with the environment to defeat the enemy. Resulting in an ultimate climax in combat. Set in a unique looking world, based on Persian miniatures of the first original illustrations which are comparable to western illuminated manuscripts with fascinating colors and a stunning drawing technique. Providing a unique gaming experience

The Persian kingdom, ruled by kings and protected by heroes and champions all serving one true king, the king of kings,  Key Kaus. When Key Kaus’s thirst for power and wealth exceeds those of desires of god, he decides to invade the land which no king has ever dared to name. The land of demons, Mazandaran. Zal, king’s most trusted hero advises the king in all his greatness and wisdom to desist of his decision, but the king has no desire in any advise and goes to war, leaving the kingdom to Zal.

The story is based on the book 'the epic of kings' by Ferdowsi which tells mythical stories of a Persian empire and mighty heroes. It took Ferdowsi 33 years to complete his work which became one of the greatest masterpieces in Persian literature. The game will follow the story of the mighty hero Rostam and his journey to rescue the king of Persia Kai Kaus from 'divs' in Mazandaran, the land of demons.

More than a rich and unique combat system

‘The epic of kings’ is a third person action adventure game that follows a linear storyline set in a diverse and engaging world. The journey of Rostam will take place through jungles, desert, the wastelands of dragons, mountains and more environments that will keep the player engaged. The player will face epic battles and end-bosses against creatures unique to Persian mythology and never seen in games before. Providing a rich combat system through unique combat mechanics and interactions with the environment to defeat the enemy in rage mode*.

The combat system is designed to result in epic battles and reaching a climax at the end of each battle. The combat system does not rely on cinematics to achieve this, as it is with a lot of games this days. But rather will rely on player actions. Keeping the player engaged and ensuring a unique gaming experience.

The player will also ride luminous throughout the game.  Luminous is Rostam’s horse. Protected by god as Rostam himself, A mighty beast that fights many battles alongside Rostam throughout the story.

*Rage mode: For example rip off a tree and smash the enemy, break a pillar to collapse the ceiling on the enemy and much more.

Not only the story of the game is based on the book of ‘the epic of kings’, the style of the game is also based on its original illustrations. The book was for first illustrated in Persian miniatures. A unique way of illustration that comes closest to those of western illuminated manuscripts. Its beautiful and distinguishing colors and patterns is where the art makes itself stand out from others.

The game takes this style to a modern medium. We use this technique to illustrate the animations for our cut scenes.

The game world is a unique style of cel-shaded 3D graphics that tends toward games like ‘Borderlands’ and ‘Prince of Persia’ set in a fantasy world which is inspired from drawings and colors from Persian miniatures.

We work exclusively with Persian artists to bring the world of ‘the epic of kings’ to life. 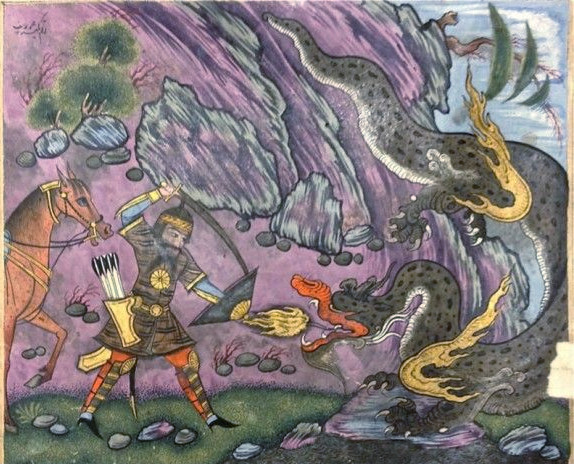 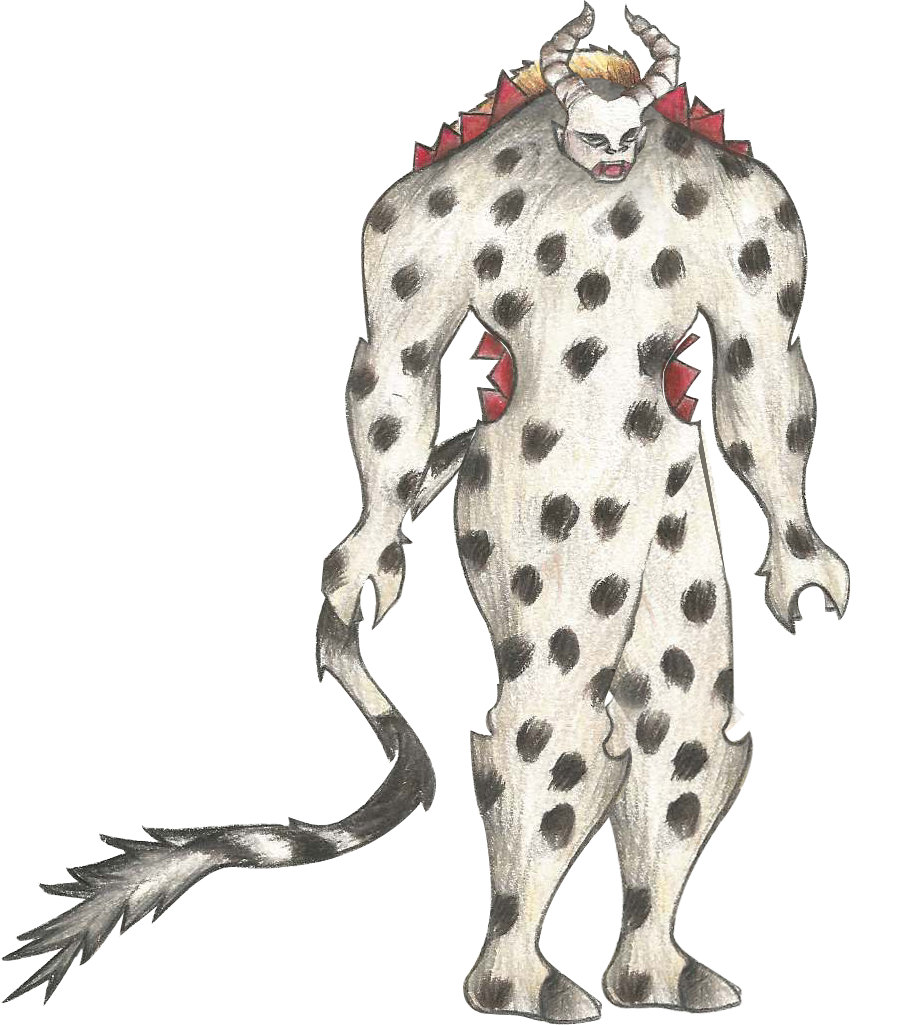 The game is currently under development by Golabi studio and is planned to be released in 2015 for Windows, Linux and Mac systems.

Enter the world of ‘The epic of kings’ and play as Persia’s greatest hero Rostam. Slay demons, face mighty dragons and discover a new world as you travel through Persia’s most dangerous lands.

The epic of kings is under development by Golabi studio and is expected to be released in 2015.